Lisa Lindahl and the Underwear that Changed the World! 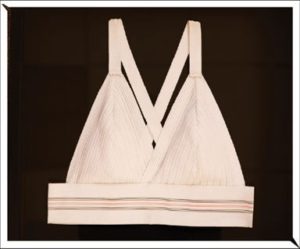 You probably don’t know Lisa Lindahl’s name, but you know her work. In fact, the whole world knows her work, and the world of sports owes a huge debt of gratitude to her. She is the reason women can compete athletically as seriously as men can.

You don’t think of a piece of underwear as changing the world, but the brassiere did it once, and in the mid-70s, Lisa’s bra did it again. Yes, I am talking about what is now called the sports bra. It was first marketed at the jogbra, which sounds very much like jockbra.

Which is what Lisa originally called hers because it was made literally from two jock straps cut apart and sewn back together. The waist straps became the chest straps and the cups became, well, the cups. But at the time, the word jock did not have the best of connotations, so she was persuaded to change the name. She did not like that it seemed to say the garment was only to be used for running, but marketing took care of that.

If you are under the age of 40 or a man, you probably have no idea what the world was like before the jogbra, but it was like the birth control pill of the athletics world. The Pill didn’t just give women freedom from the fear of unwanted pregnancy, it gave women a chance to really compete with men in the business world. No longer was the fear of her getting pregnant and having to take months off of work standing in the way of women who wanted to climb the corporate ladder. The jogbra gave women and girls the freedom to participate in mid- to high-impact sports comfortably for the first time.

Before the jogbra, like many other women, I was running with my arms folded across my chest. Seriously. It was that or stop running, and I didn’t want to stop. Running had made too much of a difference to my life. Finally, a guy who saw me running like that said, “You know, they have this thing now…” And damned if it didn’t work! I was elated! It wasn’t as refined or effective as it is now, but only a woman with large breasts can fully understand how liberating this garment was. I mean, guys, imagine running without a jock strap. 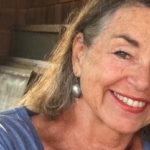 Title 9, providing funding for girls’ athletics in schools, came around at the same time, which, as Lisa says, made her jogbra “such the right product at the right time.” In fact, the Smithsonian, which has an exhibit for them, stated in it’s magazine article that the sports bra was “as important as Title 9 in changing women’s and girl’s attitudes towards sports and being athletic.”

Before this, you could be feminine or you could be a jock. You could not be both. Sure, changing attitudes had something to do with it, but what made the attitudes change? At least a large part of it had to be the new equal opportunity for women athletes that did it.

What you also cannot understand unless you experience it is how much the jogbra did for women and girls mentally. When you’re worried about damaging the tissues so that your breasts hang down to your waist when you hit middle age, it’s really hard to focus on the sport. For the first time, women could mentally get into the mindset of an athlete. And any athlete will tell you, the mental game is at least as important as the physical one.

Until the Smithsonian article and exhibit came out, she hadn’t attributed much importance to her little invention. She had discounted it partly because she saw her work with epilepsy – which Lisa has – as being so much more significant.
When Lisa joined the board of the Epilepsy Foundation, she became a powerful advocate for the epilepsy community. You’ll hear about that work in the full conversation.*

Most recently, Lisa has recently published a book: Beauty as Action: The Way of True Beauty and How Its Practice Can Change Our World. She talked about this book in our interview and now it’s out! Embarrassingly, she told us then it would be out in the spring of 2016, and I”m just getting this podcast and blog post out now. (sheepish grin)

* Click here for the 20-minute edit or find it in iTunes.
* Click here to listen to the entire 61-minute interview.

← Why Can't We Be as Happy as Trash Collectors? Aaron Marcus: Home Town Boy Does Good →