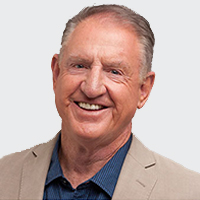 Everyone in Australia wore sheepskin boots. They were amazingly durable and they kept feet warm even in the worst of conditions. Surfers loved them! A surfer could put them on his wet feet, straight out of the ocean, and they would be warm and dry almost immediately. You’d think they’d be uncomfortably warm, though, wouldn’t you? Nope. They keep feet at a constant temperature. Hmm…

When Brian Smith came to southern California in the late 70s, he noticed an astonishing lack of sheepskin boots. So, he brought some in. It was a harder sell than he had expected. People in this country just didn’t get them. What was their point? What were they good for? They weren’t exactly the height of style.  And UGG? The boots were called UGGs? Seriously?

This is a lesson in marketing. Brian finally figured out the the models he was using did not appeal to the surfers – his first market – at all. Why? The kids said, “Aw, those guys aren’t real! They’re not surfers.” Brian was marketing the boots the way you’d market footwear. He had to switch gears and market it as sports equipment. It worked.

He then did the same thing with other targeted markets, using young guys and girls who were actual athletes as their models. The kids could relate to them. It’s brilliant, yet so simple. That’s how most great marketing ideas are. When new approaches come out, everyone else does the forehead smack thing.

I’ve interviewed to a lot of brilliant inventors and they all say the same thing: It’s simple. We always complicate things and that keeps us from figuring things out.  The great ones immediately zero in on what matters. One of them – Ron Klein, the guy who invented the magnetic strip on the backs of credit cards as well as the software realtors still use and what you’d see on the floor of the stock exchange – likens it to word problems in math.

Those problems give you lots of information and ask for a solution. But much of the information you’re given are irrelevant. If you try to use them to find the answer, it won’t work, you’ll just get confused. What you have to do is figure out which facts are relevant and then ignore the others. Ron, and other greats, do that instantly, with anything. That’s the takeaway: Keep it simple.

You can hear the podcast of my interview with Brian Smith here.
And here is Ron Klein’s.

← Etiquette Never Goes Out of Style Use One of the Secrets of the Rich! →