While vs Wile.  This is one I didn’t even think of until I came across the wrong one being used.  This guy said not to while away the time.  Nope.  It’s wile, in that case.

Except in the most formal of writing – which you are not doing if you are getting your tips here – it’s much better to use “I” and “we” and “you.” They engage the reader more. The reader feels like you are talking directly to her. When you say things like, “one expects that,” your reader’s feels like, “Who are you talking about? Who are you talking to?”

So close. They’re almost interchangeable. But they’re not quite. Yeah is a slang/casual form of yes. Yea is not, though it is often used as such. Yea originally referred to an affirmative vote: yea or nay. These days, though, it’s used as a cheer. “Yea! We won!”

I recently saw this quote from a New York Times article: “The couple, who are married, lives in Price.”  Wow.  Where do I even start?  Is there subject/verb agreement?  Hard to say.

I get really annoyed when I read TV show summaries that say things like “The team go out to Hoboken…”  Not that Hoboken is a common destination on TV dramas, but the point is that the verb does not agree with the noun.  Yes, more than one person is going out there, but team is singular.  Or more specifically, it’s a collective singular.  So for the verb to agree, is must be singular, also.  “The teams goes out to Hoboken…”

I’m writing this entry now because in another couple of years, I probably won’t be able to. So, here it is: In the past four or five years, a new practice has come into vogue: Using the word “impact” as a verb. You talk about your actions impacting something or someone else, or the United States foreign policy impacting the world market, or whatever. Impact is not a verb. It is a noun. You do not impact something, you have an impact on something.

This one’s confusing, isn’t it? There’s the dog, greyhound. There’s Earl Grey tea. Of course, there’s 50 Shades of Gray. So, which is it? Is it spelled with an A or an E?  he answer is: Yes. In almost all cases, either is acceptable. 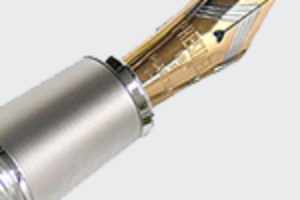 It is so easy to get these two mixed up. Most people don’t even realize there are two. And the words are used more in conversation than in writing, so you can’t tell which one is being used.  We’re most familiar with compliment. “You did that very well.” “ I love your bag!” “You have great understanding.”

I was listening to NPR yesterday and the guest said something that sounded off to me.  She was not a native English speaker, so I checked it out.  It would be great if I could actually remember the actual sentence she used, but let’s just say it was, “There were less college graduates this year than in other years.”