Dressed to the Nines? 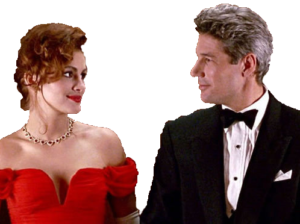 The Pretty Woman and her man on the left are Dressed to the Nines!  Wait, dressed to the whats?  Why the nines?  Some say it’s because of the 99th Wiltshire Regiment, an infantry regiment in England since the regiment was known to be nattily attired.  But the phrase predates the regiment, so that’s not it.

There are plenty of other theories, too, on the origin of this phrase, but almost all of them have fatal flaws.  The one I was able to find that did not, references a 1687 poem which says that poets appeal “to the nine,” which would almost have to be the nine muses.  That may not be where Dressed to the Nines comes from, but it’s the only theory that holds water.

← If-onlys Re-examined Why Tell an Actor to Break a Leg? →