5 Medical Devices That Have Changed the World 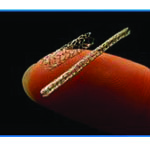 A hundred years ago, the field of durable medical devices didn’t extend very far beyond crutches, glasses, and false teeth. Now, there aren’t a whole lot of us who reach the age of 60 without employing one. Here are 5 Medical Devices That Have Changed the World:

Defibrillator
You know, those paddles that get the heart beating normally again. That’s impressive enough, but then it was made implantable. It’s almost a routine surgery now. The only problem was you had to have surgery every two years to change batteries. But then, using technology he had developed for NASA’s satellites, someone came up with rechargeable batteries for it.

Coronary Stent
In 1986, the first coronary stent was implanted in 1977 to open a blocked artery. But the device was rigid, and if the artery was too blocked, the surgeon might not be able to insert it. Then someone developed a stent that could go around curves and was small enough to get into any blocked artery, expanding once inserted to open the blood vessel.

Heart Attack Early Warning System
When a heart attack begins, electrical changes take place that the person cannot feel. There is now an implantable device that does pick up those changes. Then it vibrates to get your attention – or wake you up – then sends the signal to a small external box that starts beeping. It also alerts the company that makes the device, and they call both 911 and your doctor. You could be at the ER before the heart attack actually occurs, so you almost certainly will not die from it. This device could conceivably prevent deaths from heart attacks.

Insulin Pump
This was a tremendous advance for Type-1 diabetes patients. You no longer had to give yourself an injection every morning and hope you calculated your food consumption correctly. The first pump, in 1963, could be worn as a backpack. Then someone developed an implantable one.

Epilepsy Detection System
An epileptic does not know when a seizure is coming on. Consequently, many can’t even get a driver’s license because one could occur while they’re driving. You can now get a device implanted into your head to change that. You can’t feel the device, no one else can see it, but it has wires extending into sections of the brain that are responsible for the seizures. When one begins, this device detects these electrical changes, then sends an electrical pulse that interrupts it, so the seizure never actually happens. This can give epileptics back their lives.

Here’s the really interesting part. There is at least one thing all these devices have in common: They were developed, in full or in part, by Dr. Robert Fischell (1/28/15). And he has other life-changing devices. Listen to his podcast.

← Our Obsession with the Paranormal Children's Vaccines: Must-Haves or Dangerous Toxins? →