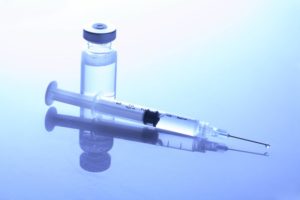 There’s been a lot of noise lately about vaccines causing autism and other diseases and disorders. Most of the controversy surrounds the aluminum used in the vaccines. It is true that aluminum is a very toxic substance to the human body and it is true that many vaccines do contain aluminum. The argument by the medical community is that it is not in a form that can harm the child. And that may very well be true. After all, we do know that not everything put into the body is absorbed by the body. Various vitamin and mineral supplements may have the same information on the label, but it’s not always in a form the body can access, so sometimes it just passes right on through. It seems believable that certain toxins will, as well.

It is common knowledge is that vaccines have all but rid the world of certain diseases, such as small pox. But is this really true? Yes, the incidence of many illnesses has plummeted since the advent of vaccines. However, a closer look at history shows that vaccines may not be the reason. Or not the only reason, anyway. It might have more to do with improved hygiene and other advances in health care.*

But here’s what I do know: The medical community is not doing much to prove or disprove it. There have been almost no studies on what the vaccines actually do to the child besides, presumably, inoculate them again certain diseases. In the face of the controversy, they mostly rely on the same statistics they’ve been using since the 50s.

When I chose to have Claire Dwoskin of the Children’s Medical Safety Research Institute (CMSRI) on my show (2/22/14 and again 2/11/15), I tried to get someone from the medical community to present the other side, but I couldn’t find anyone willing to share the stage with her.** I got plenty of people telling me I was wrong to even have her on my show—to which I say: Don’t tell me how to run my show. And really, is it better to stand in your righteous indignation and allow Ms. Dwoskin’s to be the only voice heard on the subject? And I have not found any studies that indicate the medical community is even looking into it any further than that.

I am not coming down on either side of the vaccination question. Both sides make compelling arguments. But what troubles me is the traditional medical community’s unwillingness to even look the issue.

*source
**I want to be very clear: I do not have the resources to have done a very        big search for a doctor to be on the show.  I know if I had, I would have found one.  My point is, that view is not the prevailing one.

← 5 Medical Devices That Have Changed the World Bikers: Over 50, Monied, and Philanthropists →