Appreciate What is Around You 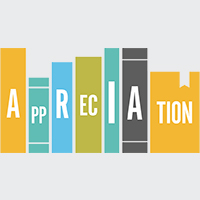 As I was getting back into my car in the mall parking lot, the guy sitting in his care two spaces away (no cars in between), said, “You’re beautiful!” He was well past middle age and he just had this big ol’ smile on his face. Not leering, just enjoying looking at what he considered to be a beautiful woman.

I said, “Thank you!,” in a yes-I-am-thank-you-for-noticing tone of voice. He said when he saw something like that, he just had to say something. I agreed and said, “I love that you said it for you, not for me,” and he said yeah.

I first was introduced to this concept when a guy came up to me on a bus and struck up a conversation. After a few minutes, he said, “The real reason I came over here was to tell you that I think you’re beautiful, but in a natural way, not made-up.” Well, that much was true, anyway, I wasn’t wearing any make-up. But then he said, “When I see something like that, if I don’t say anything, I feel cheated.”

Clearly, that stuck with me. And isn’t it a great attitude? Sure, the compliment makes the other person feel good, too, but that’s not the point. And the point is also not to make yourself feel good. The point is to appreciate what is around you.

And think about. Isn’t that how you feel when you give someone a sincere compliment? Don’t you feel fulfilled? Voltaire said, “Appreciation is a wonderful thing. It makes what is excellent in others belong to us as well.” Appreciation is one of the most powerful emotions we have. Appreciation allows us to really connect to the world. And makes it so much more fun to live here!

← How Do Parents Stay Sane? There's Always a Flip Side →