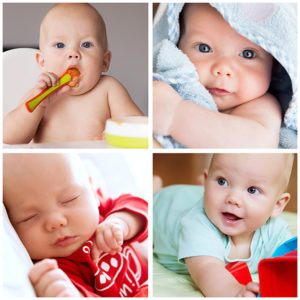 That’s the headline of an NEJM Journal Watch article. It is in violation of patients’ HIPPA rights.

Who exactly is hurt by this? It’s not like you can identify the babies from those pictures. They don’t post the names or the parents or even the birth dates.  Unless it’s your baby, they all look pretty much the same, outside of racial differences. When people asked my brother who his 2-day-old son looked like (because people are convinced all babies resemble at least one parent straight out of the womb), he said Truman Capote. It was true. The kid had a pudgy little baby face and no hair. With newborns, it doesn’t get a lot more distinctive than that.

But HIPPA is saying the pictures can only be displayed with the parents’ written permission, on a HIPPA-compliant form, which must include an expiration date. Again, seriously? What is it that HIPPA is so concerned about? It’s going to show up on the kid’s Facebook page in twenty years and look bad to prospective employers?

And where do those pictures come from? The parents! The doctor’s not in there with her little camera, snapping off a few shots as soon as the baby is cleaned up. There aren’t hackers out there grabbing up baby pictures and secretly sending them to obstetricians for display. How can you need a release form from someone who gave you the picture to be displayed?!

This is even more absurd than suspending a middle school girl for giving a classmate a Tylenol®. As one doctor who refused to take his pictures down said, you’ve got to use “some common sense with this HIPAA business.”

← 20 Reasons Everyone Should Take Acting Lessons If He Hits You, LEAVE! →