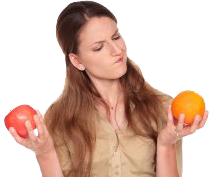 I saw a question in an online forum a couple days ago. It asked women if they would rather be called pretty or smart. Clearly, you’re supposed to say you’d rather be called smart, but that’s not what I said. I know I’m smart. And even if I didn’t, I’m told all the time. This is not bragging. It’s not like I had anything to do with it. It’s an accident of birth.

So, that’s one reason I’d rather be called pretty. But that’s not all. Once you’re over the age of 16, more and more, how you look is about who you are, not what God did. That is, as you get older, your soul shines through in your face. You look like the person you have become, who you have created yourself to be. I’m very happy when someone sees that in me and tells me so.

Also, hair, make-up, clothes, all that stuff, I’m not very good at it. So, if I do look pretty, I’ve put a lot of effort into it and it’s nice to know it worked.

So, that’s why I said I’d rather be known as