To Get a Response, Get People Involved 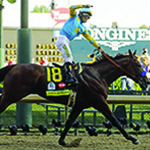 I was born and raised in Baltimore. I’ve been back here for close to ten years. Baltimore is a horse racing town, home of the Preakness. And I had almost no awareness of it. Before I could drive and traffic meant nothing to me, I never even knew when it was. This year, I watched it very closely. I had been reading about the horses, what different trainers thought about them. I learned that American Pharoah – famous misspelling and all – was considered by all to be the best horse in the field. Indeed, the best horse to come down the pike in a long time. There was no doubt about that.

But that didn’t mean he would win. There are so many other factors. Post position is crucial, but it’s entirely random. And the horse can step out wrong – which American Pharoah did in one race – and never quite catch up. Another horse can bump into it. And bad luck can show up in a thousand other ways. Sure, a great horse should be able to handle bad luck, but you just never know. And in the third race of the Triple Crown, the Belmont Stakes, there would be horses running that were a lot fresher than American Pharoah. So, nobody – including the horse’s owner, trainer, and jockey – took it for granted that he’d win.

Then, here I was, watching the clock to make sure I didn’t miss the Preakness. I was glued to the set as it ran. And then, oh my gosh! He won! I went through the same thing with Belmont. And I went crazy with all the others when American Pharoah won the Triple Crown! The first time in almost 40 years!

Why did I know all this?  Why was I so focused on the races when I had never cared before? Because I was involved this time. I had worked an event at the track on Black-Eyed Susan Day, the day before the Preakness. What I was doing had nothing to do with the race, but I was there. And the radio show I co-hosted the Friday before the event had been all about the race.

Suddenly, I’m a convert. Just knowing a little bit about it made all the difference.

Here’s my point: That’s all it ever takes. If you want people to care about something, get them involved. Even in the most inconsequential way. You want people to stay on your web site? Offer them a free download or 10% off their first purchase if they fill out this 1-question form to give you feedback. You want people to attend your event? Tell them if they sign up on line, they’ll be entered into a drawing for a free ticket to it.

← Why Your Kid Should Play Team Sports Lawyers or Media, Which is Worse? →