Etiquette Never Goes Out of Style 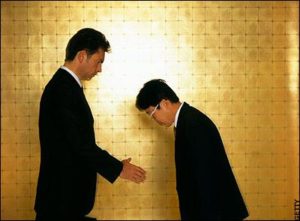 If your eyes just glazed over, hang on a sec. Etiquette is not complicated or arcane. It’s about how we treat people. I think the problem is more with the word than the concept. The term etiquette conjures up images of formal dinners where there is more silverware than courses.

Maya Angelou said, “I want to display courtesy, courage, patience, and strength all the time. Now, I blow it 84 times a day. But I’m trying.” That’s etiquette.  That’s manners. Manners and courtesy are a way of saying, “I understand that you are in the world, too, and that you have as much right to be breathing the air as I do.”

What I find strange is how many of these rules of etiquette we don’t even know are rules. Nobody has to tell you not to knock that slow-moving guy out of the way so you can get past. But somebody had to tell you as a kid. Shaking hands, saying please and thank you, waiting your turn in line. Those are all rules of etiquette. So, I hope that takes some of the intimidation factor out of the concept.

And if you’ve been in the work force for more than a couple of years, you know how important that is in business. Who do you introduce first, for instance? It’s not random and it is important. “Brian, this is Mr. CEO.  Mr. CEO, Brian” is not going to go over well with Mr. CEO.

Remember when people used to think how you dressed didn’t matter in business as long as you were clean? Well, the clean rule still applies, but people are now recognizing the power of image. Start thinking of etiquette that way.

The rules change with the times, too. There didn’t used to be a rule about turning your phone off during dinner because your phone didn’t have an on-off switch and the cord wasn’t long enough the reach the table, anyway.

It can get tricky if you do business with people from another culture. If you’re doing business in Asia, for instance, be prepared to talk about your family, your hobbies, etc. In our culture, that’s none of the other person’s business, but Asians wouldn’t think of discussing business without first establishing a relationship.

Grace Lee, an etiquette expert who was a guest on my show (9/1/2015), lived in Japan until she was 17, and you know the Japanese put a high value on courtesy. She’s not the only one. It is always possible for you to learn the right thing to do in any situation and, maybe more importantly, the wrong thing.