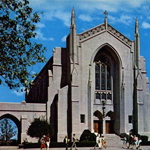 Did you know there is someone in the country who is legally permitted to take recreational drugs?  Believe it or not, it’s true.  Or it was, anyway.  I don’t remember his name, so I’ll just call him Fred.  Fred he was a very normal looking guy, about average height, not thin but not heavy.  Perhaps not surprisingly, he did have longish hair and a beard.  So, why was he allowed to do drugs?  Because there’s only just so much you can understand about why people take these drugs if no one on your team can ever admit to having taken them.  I assume this guy was telling the truth because there were a lot of us at that talk and he knew it would have been very easy for us to have checked him out.

Fred was speaking to the drug enforcement team in a city that had a particularly nasty heroine problem.  He said, “What are the disadvantages of taking heroine?” and they listed lots and lots of reasons.  He said, “What are some of the advantages of taking heroine?” and not one of them could come up with anything.  He said, “You’ve got [some very high  number] people in this city doing heroine and you can’t think of one advantage to it?  You’re never going to be able to do much about your drug problem is you don’t learn to think like the users.”

Obviously there are advantages to it, if you’re looking only at the moment, which is what users do.  Once you’re hooked, that’s a different story, but you have to take it enough times to get hooked, most people aren’t hooked after one try.

Many of what we call street drugs or recreational drugs are naturally occurring substances.  Mushrooms, peyote, these hallucinogens grow wild.  Why?

Take a look at the Marsh Chapel Experiment.  You can listen to an NPR show of it here.  It took place before drugs were regulated.  Real simply, twenty students took part and were given either psilocybin, the active ingredient in “magic” mushrooms, or niacin, which gave the same initial rush, but nothing more.  Of the ten who got the real thing, nine went into the ministry.  Of the other ten, none did.

This is too small a sample to be statistically significant, but come on!  Nine out of ten?  As opposed to none out of ten?  That’s gotta tell you something.  Especially when you consider that almost all primitive religions use – or used – some type of hallucinogen.  Some have described the experience as looking into the face of God and almost all who have used them said they could feel some presence.

No one – not even the people who conducted this experiment – is suggesting you go out and eat some mushrooms.  But again, nine out of ten!  I think this is exactly the sort of thing that made the government allow that one guy to use and report on drugs.